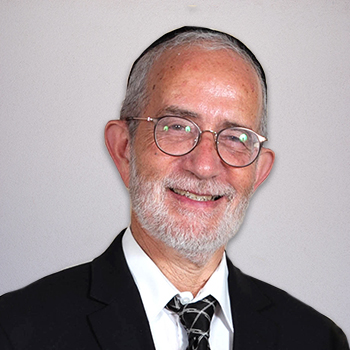 Rabbi Reichman holds a bachelor’s degree in mathematics, a Master’s in engineering, and a Ph.D. in operations research, and has been an ordained Rabbi since 1966. He began his career in higher education as a professor of Mathematics at City College of New York from 1971-1978.  He has served as a faculty member of the Rabbi Isaac Elchanan Theological Seminary at Yeshiva University for over 40 years, where he holds the Bronka Weintraub Chair in Talmud.  Rabbi Reichman’s deep passion for education, both formal and informal, led him to found T’chiya Volunteers in 1971, coordinating volunteer opportunities for American college students to create and operate summer camps and extra-curricular activities in Israel for new immigrants from the Former Soviet Union.  From 1985-1995, he founded and directed a Summer Torah Study Program for young adults in Shilo, Israel. As President and Founder of Beis Midrash of Queens, he has been involved in promoting Jewish charitable and education activities around the globe, since 1982.

Rabbi Reichman has been a leader in the use of media to promote education.  From 1980-1990, he hosted a weekly radio show called the Torah Study Hour at a local New York radio station.  In 1988 he founded Video Tutorial Services, and developed innovative educational videos to be used as supplementary study tools in Mathematics and Language for elementary school, high school, and college-aged students.  From 1993-2004, he served as the educational consultant for Multi-Media Tutorial Services, which expanded Video Tutorial Services to include live tutoring services and test preparation.  Rabbi Reichman has also served as chairman of Gaon Education, a company dedicated to developing adaptive Torah educational software for Jewish Day Schools. He has authored six Hebrew volumes of Reshimos Shiurim of Rav Yosef Dov Soloveitchik, which total a circulation of over 30,000 books worldwide, and contributed to professional journals.